It is with a sad face :( and heavy typing I'm writing to you to say I won't be using Blogspot to publish my thoughts anymore. Good news is - I'm just moving!! I have a shiny new website with Square space and with their integrated blog feature it makes a lot more sense to pop stuff over there…

I'll still be wandering around commenting and following new awesome people but won't be using this space for my own stuff.

Big sorry to those that are married to good old Blogger and don't feel like venturing out into cyber space, but for those that are feeling more adventurous - please head over and bookmark the new site… 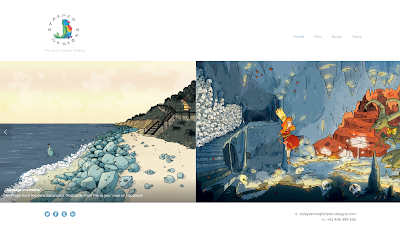 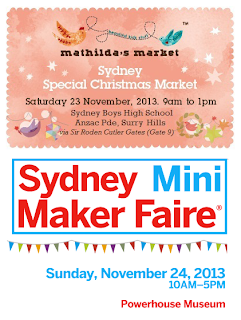 SATURDAY will be Mathildas Market 9am - 1pm
I'll be selling books and prints and giving FREE pins to everyone that stops by!!http://mathildasmarket.com.au/sydney/SUNDAY I will be at the mini Makers Fair at the power house - I will be doing live drawing at 11am and 2pm - there is plenty more to see than just me though! http://www.powerhousemuseum.com/media/?p=478

Posted by Lesley Vamos at 4:48 PM No comments: 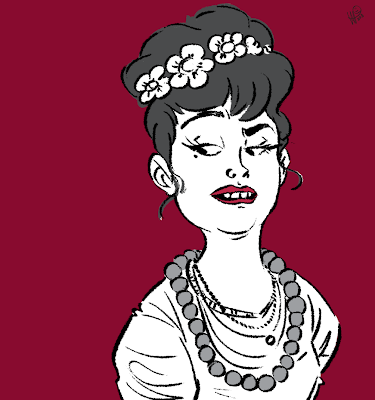 I've given myself a challenge for my birthday month which
involves drawing a character a day - Day 13 down and I'm
going well ^_^ To keep track head over to my fb page!
https://www.facebook.com/StripedDesigns

Posted by Lesley Vamos at 3:39 PM No comments:

Yet again I disappoint, I say I'll be updating regularly and disappear for another few months.. ~sigh~ Well I thought I'd come back with a bit of a spooky update. Although like my halloween costume attempts in the past it's neither spooky nor creepy… more just a little bit lame and incredibly un-sexy. 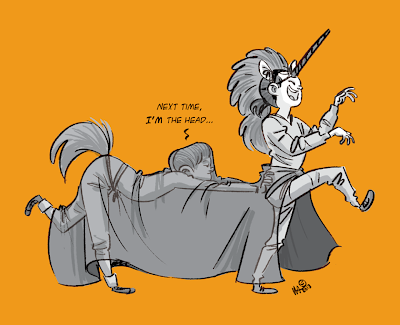 I always liked the idea of dressing up with a group though - The last time I attempted it was with a friend at band camp, we had both forgot costumes for the disco that night so decided to use socks and a bed sheet to become a cow… Cementing my role as the group people pleaser I elected to be the ass and off we went. Well, I don't think I've ever had so much fun in my life - unlike the guy in the illo, I found being the butt of the joke the most liberating experience - like wearing a mask I realized I could kinda do anything, so our costume became "Cow with the craziest behind you've ever seen" I even had my own little dance going on. In fact, that night not only did we win best costume but went on to get second in musical chairs - it's easy to play when you're already half way into a sitting position at all times ^_^

Any way - anyone else have a halloween costume they are oddly proud of?

So what have you been doing?

Just a short one I know; but my mum always said "Short and sweet is best"... that's probably because I talked too much as a kid. I still haven't figured out a way to keep this blog consistently updated but I promise you I'm on the job... in the meantime I thought I would upload a pic from my latest personal project - it's making the rounds at the moment but for those that remain solely faithful to blogging here it is! 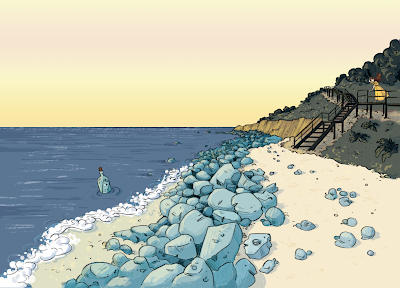 Hope everyone had an awesome weekend! 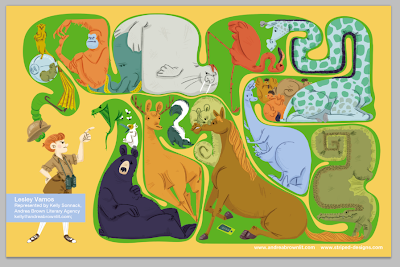 So this is kind of a cop out post but I want to let you know I'm in the process of cleaning out the cobwebs here and will be back to regular blogging by the end of the month - If all goes to plan I'll be updating at the very least on the first monday of every month,

In the meantime if you're hankering for regular updates please head over to my Facebook page!

I know I know... it's been waaaay too long - unfortunately I don't have a decent update for you today, just stopped by to let all the Sydneysiders, interstate travelers and visiting out of towers know I will have a table at Sydney Supanova this year! (First time ever) so I'd love for you to come down and say hi!. I'll be selling prints, pins and books as well as doing commissions! 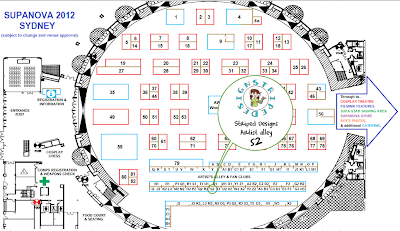 Promise I'll have more for you guys soon!
In the meantime see some of you this weekend ^_^
Posted by Lesley Vamos at 5:25 PM 4 comments: